Karl Solano - Pexels.com
Since there is a lot of confusion about turmeric, curcumin and the use of black pepper, I decided to write a dedicated post as a reference in our FAQ section.
Inevitably when I post a recipe in the AIP Recipe Collection Facebook Group and indicate that we should “omit black pepper unless it’s been successfully reintroduced,” I’m flooded with questions or comments that black pepper must be added to the recipe or the turmeric isn’t going to be effective as an anti-inflammatory compound, so let me share the research I’ve found.

First thing’s first – DO NOT confuse turmeric with its most well-known active compound, curcumin. Turmeric contains a variety of inflammation-fighting compounds known as curcuminoids ~ the most widely known and extensively studied of which is curcumin.
That said, if you’re questioning the efficacy of turmeric without black pepper based on something you’ve read, I encourage you to go back and re-read the information – it’s more likely than not that you’re reading about the compound CURCUMIN as an EXTRACT, not TURMERIC itself as a WHOLE herbaceous tuber or spice.
While it’s true that curcumin – the compound or extract on its own, requires a compound in black pepper called piperine for it (curcumin) to be effective, unfortunately this has led people to believe that it’s useless taking or using TURMERIC as a whole herb/spice without black pepper. This is simply not the case.

Well known lecturer, botanist and herbalist, David Winston states, “ In my experience, I achieve better clinical outcomes with whole Turmeric products.” Importantly, he also points out that, large doses of curcumin (the extract) can cause gastric upset, while the herb turmeric (as a whole) contains a number of active ingredients that combine to have a gastro-protective effect.
A very important point to understand with turmeric is that the naturally occurring molecules and the volatile oils naturally contained within turmeric actually help its many compounds to absorb and metabolize. So in other words, turmeric by itself, with nothing added, absorbs quite well because of the synergism of the molecules contained within turmeric. It’s when the product is broken down into different compounds, like curcumin supplements, that additional compounds (like those extracted from black pepper) are required for absorption.

CONCLUSION:  You do NOT need to add black pepper to reap the benefits of turmeric when you’re using turmeric as a whole herb/spice.

It reminds me of what Dr. Ballantyne, one of the pioneers of the Autoimmune Protocol, says … “if you want the benefit of the thing, just eat the thing” … not the compound or extract or essence of the thing (she was referencing things like vanilla, extracts and essential oils – but the same applies here with herbs).
More often than not, nature knows best and has already pre-packaged all of the compounds and components you need – right there in the food or herb – no need for scientific intervention or additions!

There is no harm in adding black pepper when using turmeric IF you are tolerant to it and you’re not in the elimination stage of the AIP, but the truth is you don’t need it to absorb the molecules contained within turmeric.
The main difference is that turmeric with black pepper will likely absorb faster than turmeric by itself and may stay in the blood stream longer. This is neither good nor bad. Using turmeric with a healthy fat such a coconut milk, coconut oil, good quality extra virgin olive oil, or avocado oil will enhance overall absorption, so there’s an option for you if you really feel you must add something.

Curcumin itself as an extract/compound (man-made) is harder for the body to absorb and therefore requires the addition of the black pepper compound called piperine. Curcumin is more easily excreted and can also cause gastric upset when consumed in large quantities.
Turmeric as a whole (nature-made) absorbs well in the body because of the other naturally occurring compounds in turmeric itself and does not require anything to aid absorption. Turmeric as a whole has a gastro-protective effect.
NOTEWORTHY:
Never forget that we, and our diseases, are all unique. What works for one person, doesn’t always work for someone else. There is no saying turmeric will improve everyone’s health or their inflammation to the same extent as it will someone else – even someone else with the same disease.
In Depth Resource:
Check out this post from Emery Herbals – A Tale of Turmeric, The Quest for Whole Plant Medicine

Looking for some great ways to incorporate turmeric into your diet?
Check out my friend Indira’s cookbook – AIP Indian Fusion – click here. I have a teaser recipe from the AIP Indian Fusion Cookbook you can enjoy, just click here – Tandoori Shrimp & Kale Bowl. I also have my very own recipe creation, Honey Curry Chicken Breasts which includes an AIP compliant Curry Spice Blend that I always keep on hand – be sure to check it out. If you’re looking for a warming anti-inflammatory treat, you’ll want to grab some Sip Herbals Coffee substitute (Save 10% off every order with Code: “AIP10”) and whip up this ahhh-mazing Golden Milk Latte!
Still want more? We have LOTS of flavorful recipes that incorporate turmeric posted in my FREE, searchable AIP Recipe Collection Facebook Group – just click here to join!  Once you’re a member, you can simply search for “turmeric” or for things like golden milk, turmeric lemonade, lattes,  curry pastes, Indian dishes and so much more.
https://aiprecipecollection.com/wp-content/uploads/2021/06/pexels-karl-solano-6220710-scaled.jpg 1707 2560 Gail Shankland https://aiprecipecollection.com/wp-content/uploads/2018/07/AIP-RC-LOGO-CLEAR-1500x515.png Gail Shankland2021-06-06 12:55:012022-10-23 15:17:08Turmeric, Curcumin & Black Pepper 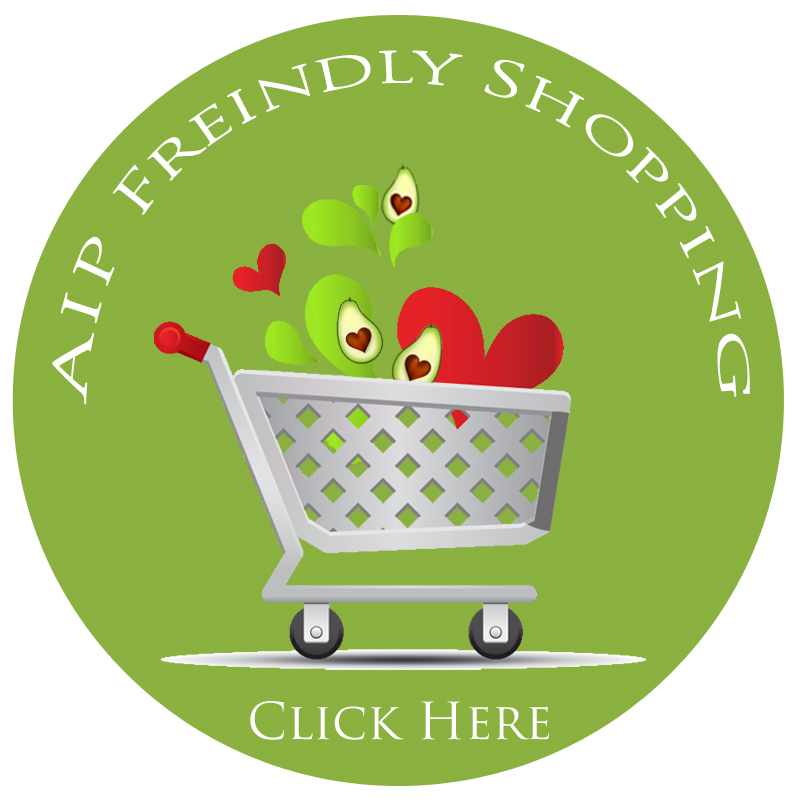 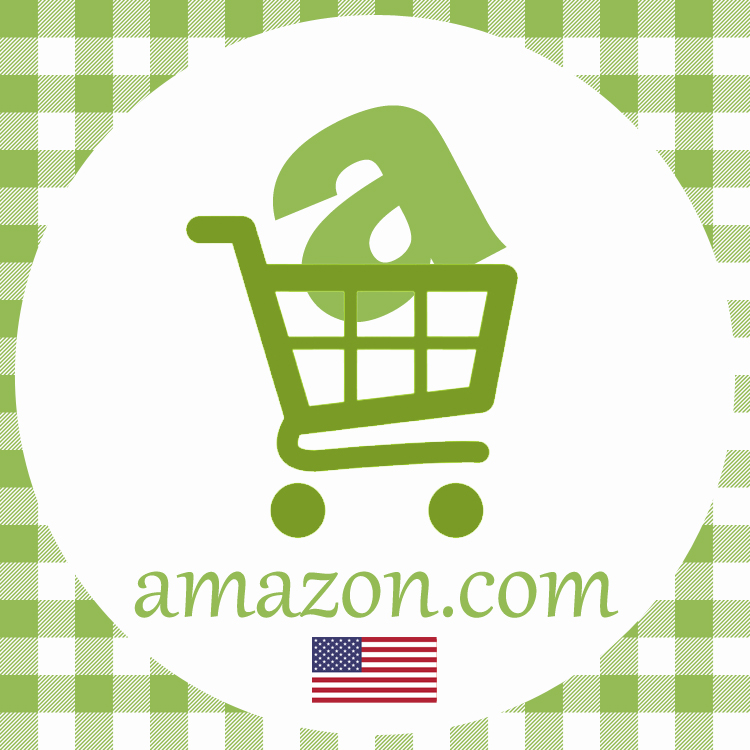 🐮 FREE GROUND BEEF FOR LIFE IS BACK .. BUT Only

💚🌿😴 Don't Know Who Needs To Hear This Tod

🍁🍂 Always Be Thankful .. Not Just One Day Of

This site uses cookies. By continuing to browse the site, you are agreeing to the use of our cookies.

We may request cookies to be set on your device. We use cookies to let us know when you visit our websites, how you interact with us, to enrich your user experience, and to customize your relationship with our website.

Click on the different category headings to find out more. You can also change some of your preferences. Note that blocking some types of cookies may impact your experience on our websites and the services we are able to offer.

These cookies are strictly necessary to provide you with services available through our website and to use some of its features.

Because these cookies are strictly necessary to deliver the website, refusing them will have impact how our site functions. You always can block or delete cookies by changing your browser settings and force blocking all cookies on this website. But this will always prompt you to accept/refuse cookies when revisiting our site.

We fully respect if you want to refuse cookies but to avoid asking you again and again kindly allow us to store a cookie for that. You are free to opt out any time or opt in for other cookies to get a better experience. If you refuse cookies we will remove all set cookies in our domain.

We provide you with a list of stored cookies on your computer in our domain so you can check what we stored. Due to security reasons we are not able to show or modify cookies from other domains. You can check these in your browser security settings.

These cookies collect information that is used either in aggregate form to help us understand how our website is being used or how effective our marketing campaigns are, or to help us customize our website and application for you in order to enhance your experience.

If you do not want that we track your visit to our site you can disable tracking in your browser here:

We also use different external services like Google Webfonts, Google Maps, and external Video providers. Since these providers may collect personal data like your IP address we allow you to block them here. Please be aware that this might heavily reduce the functionality and appearance of our site. Changes will take effect once you reload the page.

The following cookies are also needed - You can choose if you want to allow them: